On November 8, 2017, the Town Planning Council of St. Petersburg unanimously approved the conceptual design of four new quarters (Nos. 10, 11, 12, 13) in the southern part of Vasilyevsky Island. Designed by order of LSR Group, the project "Studio 44" equips about half a million square meters of housing on 34 hectares of reclaimed land.

With the most efficient use of expensive artificial areas, the building does not look like a condensed stone jungle, and the height of buildings (46-62 m) is lower than allowed by the regulations. The sea façade facing the bay is formed by buildings in the form of opened books and concave semicircles, which alternate with tower houses that set a clear rhythm to the building. 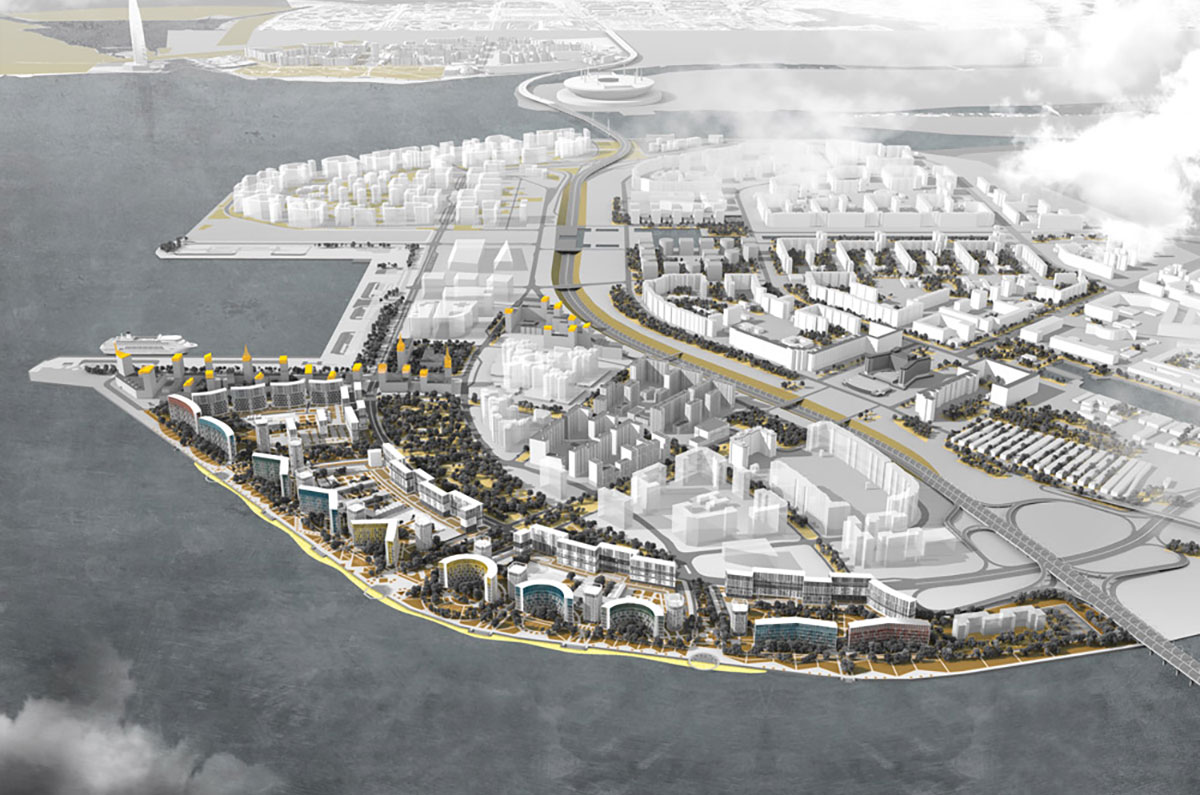 The chief architect of St. Petersburg, Vladimir Grigoriev, ardently supported the idea of creating a coastal linear park over a 2 km long coastline. The width of the public green zone will be from 80 to 100 meters.